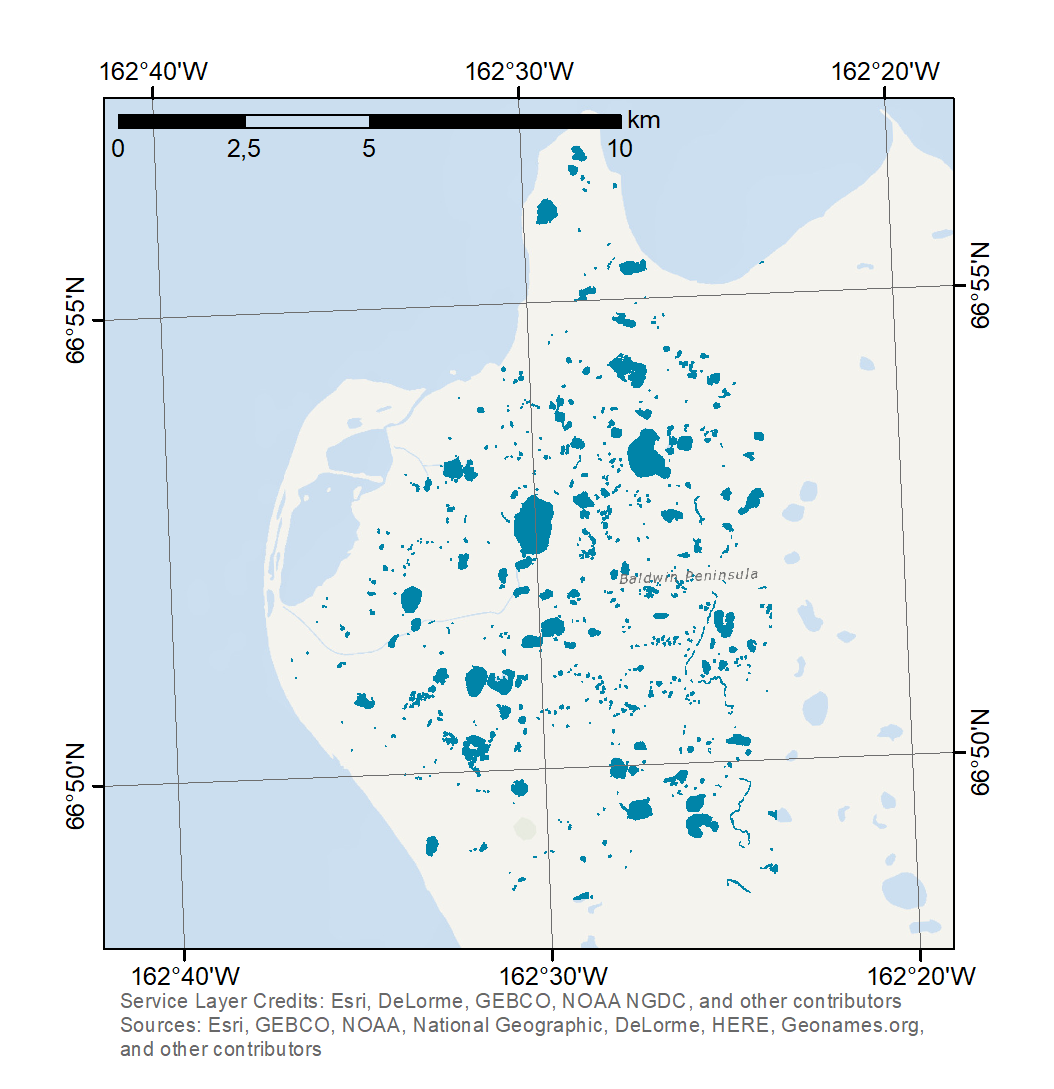 This geospatial dataset provides polygon vector files representing surface water area in a 100 square kilometer study area located near Kotzebue, Alaska. Surface water area maps were created using sub-meter resolution satellite imagery for the years 2002, 2007-2014, and 2017-2019. Image selection focused on cloud-free, ice-free, and calm surface water conditions with images being acquired between late-June and mid-August in a given year. All images were resampled to a spatial resolution of 70 centimeter to match the lowest resolution image in the time series prior to analysis. Within year image dates range from 25 June to 22 August with the average date of image acquisition being 17 July (table 1). Object-based image analysis was conducted in eCognition Essentials 1.3.