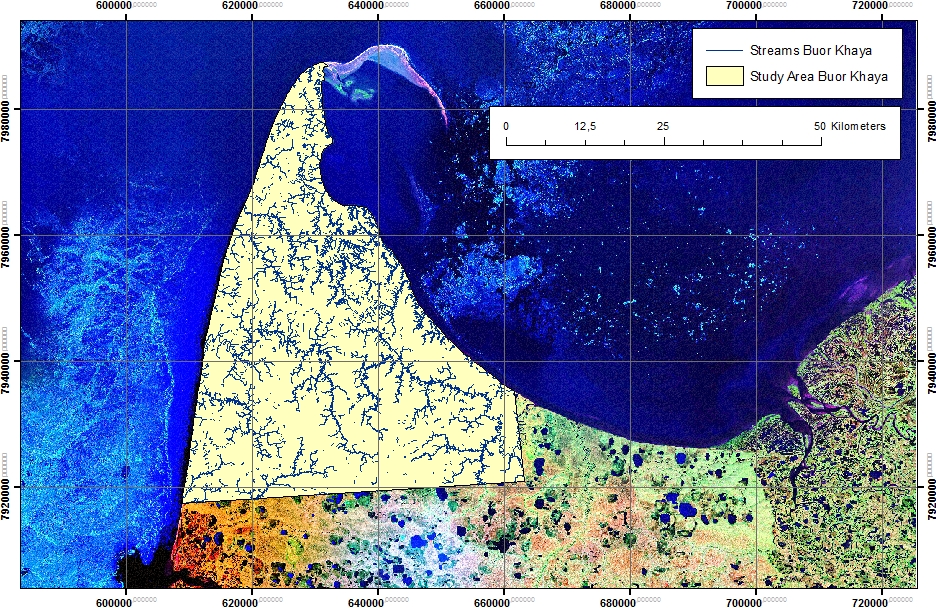 For the Buor Khaya Peninsula, data from Arcos [2012], which had been digitized based on RapidEye satellite data (8 August 2010, 6.5 m ground resolution), were completed for smaller thermo-erosional features using the same RapidEye scene as a mapping basis. The spatial resolution, acquisition date, time of the day, and viewing geometry of the satellite data used may have influenced the identification of thermo-erosional landforms in the images.