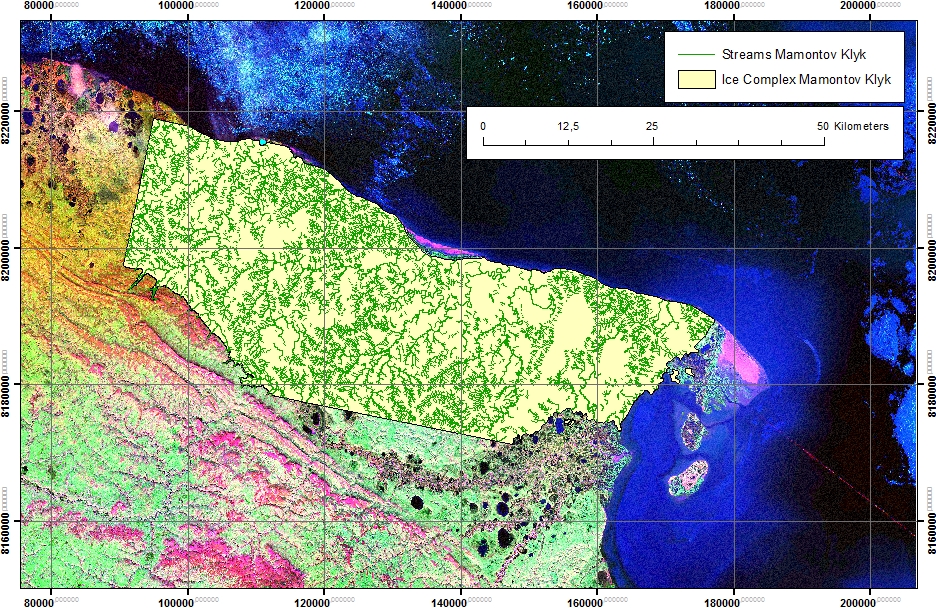 For the Cape Mamontov Klyk site, data from Grosse et al. [2006], which had been digitized from 1:100000 topographic map sheets, were clipped to the Ice Complex extent of Cape Mamontov Klyk, which excludes the hill range in the southwest with outcropping bedrock and rocky slope debris, coastal barrens, and a large sandy floodplain area in the southeast. The mapped features (streams, intermittent streams) were then visually compared with panchromatic Landsat-7 ETM+ satellite data (4 August 2000, 15 m spatial resolution) and panchromatic Hexagon data (14 July 1975, 10 m spatial resolution). Smaller valleys and gullies not captured in the maps were subsequently digitized from the satellite data. The criterion for the mapping of linear features as thermo-erosional valleys and gullies was their clear incision into the surface with visible slopes.