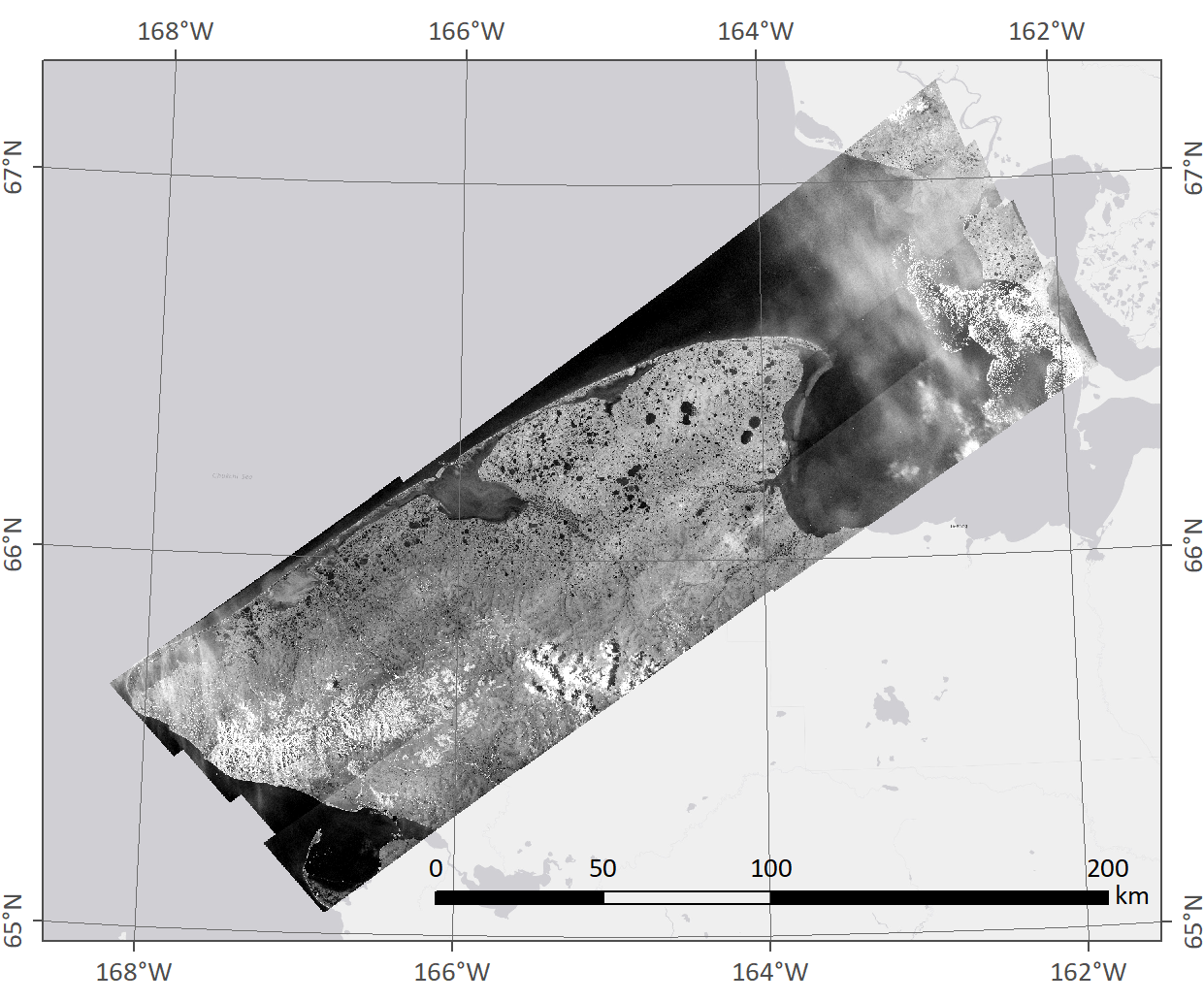 This raster dataset is a high-resolution mosaic of 4 Corona-KH4 satellite photos over the northern Seward Peninsula in Northwest Alaska dated to 28 July 1962. The mosaic covers a total area of about 26,000 km2 with about 2/3 of this being land area, including portions of the Bering Land Bridge National Preserve, the Cape Espenberg Lowland, the Baldwin Peninsula, and the settlements of Kotzebue and Shishmaref. The images of the Corona KH-4 camera system were ordered through the Earth Explorer web interface. The Corona images are part of a batch of US military satellite imagery declassified for civilian use in 1995 under an Executive Order by the US President. Each of the 4 images used in this dataset, originally film negatives, was scanned in 4 segments in high resolution (7 micron, 3600 dpi) by the USGS EROS data center. The processing, all conducted in ArcGIS 9.3, included georeferencing each individual image segment to a common base (three L1T terrain-corrected scenes of Landsat-5 TM and Landsat-7 ETM+). Between 22 and 53 Ground Control Points were identified between a segment and base image, achieving Root Mean Square Errors (RMSE) from 6.9m to 16.4m. The individual segments were then rectified with a 3rd polynomial order warping using bilinear pixel resampling. Histogram matching in overlapping image portions was used to smooth the transition between greyscale values between image strips. All segments were then mosaicked into one raster. The image mosaic was gridded to a 6m ground resolution and exported as a GeoTIFF (3.9 GB) raster image with a projection in UTM 3N, WGS-84.