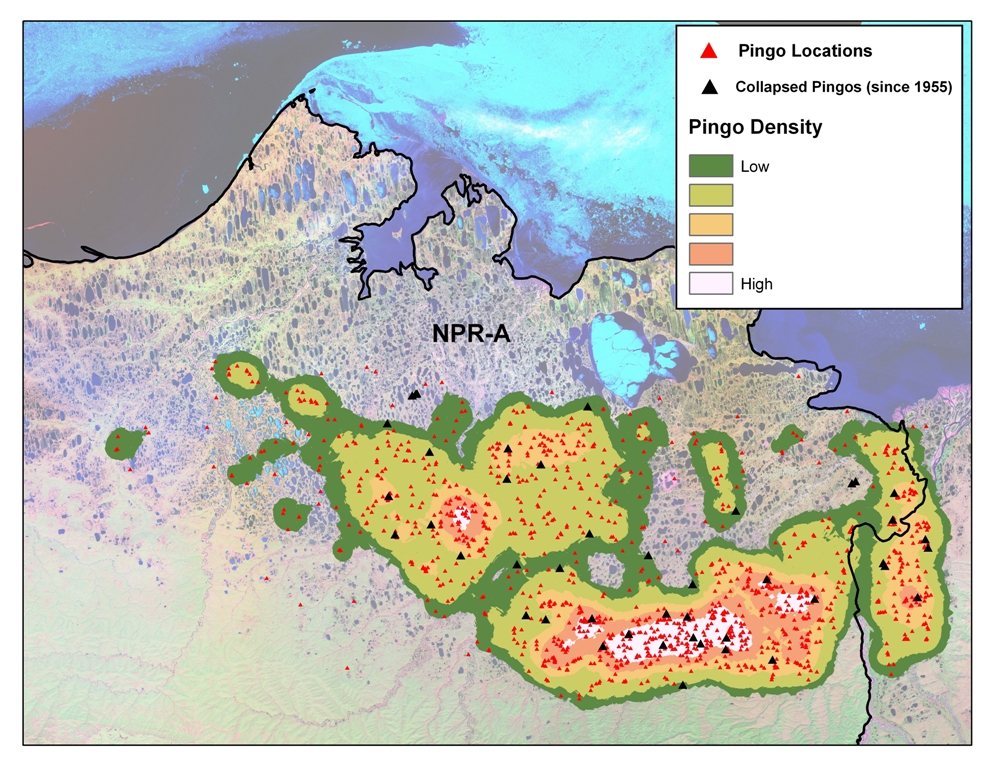 A detailed attributed point feature shapefile of 1247 pingo locations was manually assembled from a 5m resolution digital surface model (DSM) derived from an airborne Interferometric Synthetic Aperture Radar (IfSAR) system with data from 2002 to 2006 to assess the distribution and morphometry of pingos within a 40,000 km² area on the western Arctic Coastal Plain of northern Alaska. The study region is bounded by the Itkillik River and Colville River Delta to the east, the Beaufort and Chukchi Sea to the North, the extent of the IfSAR derived DSM to the west, and the boundary between the Arctic Coastal Plain and Foothill physiographic provinces to the south.