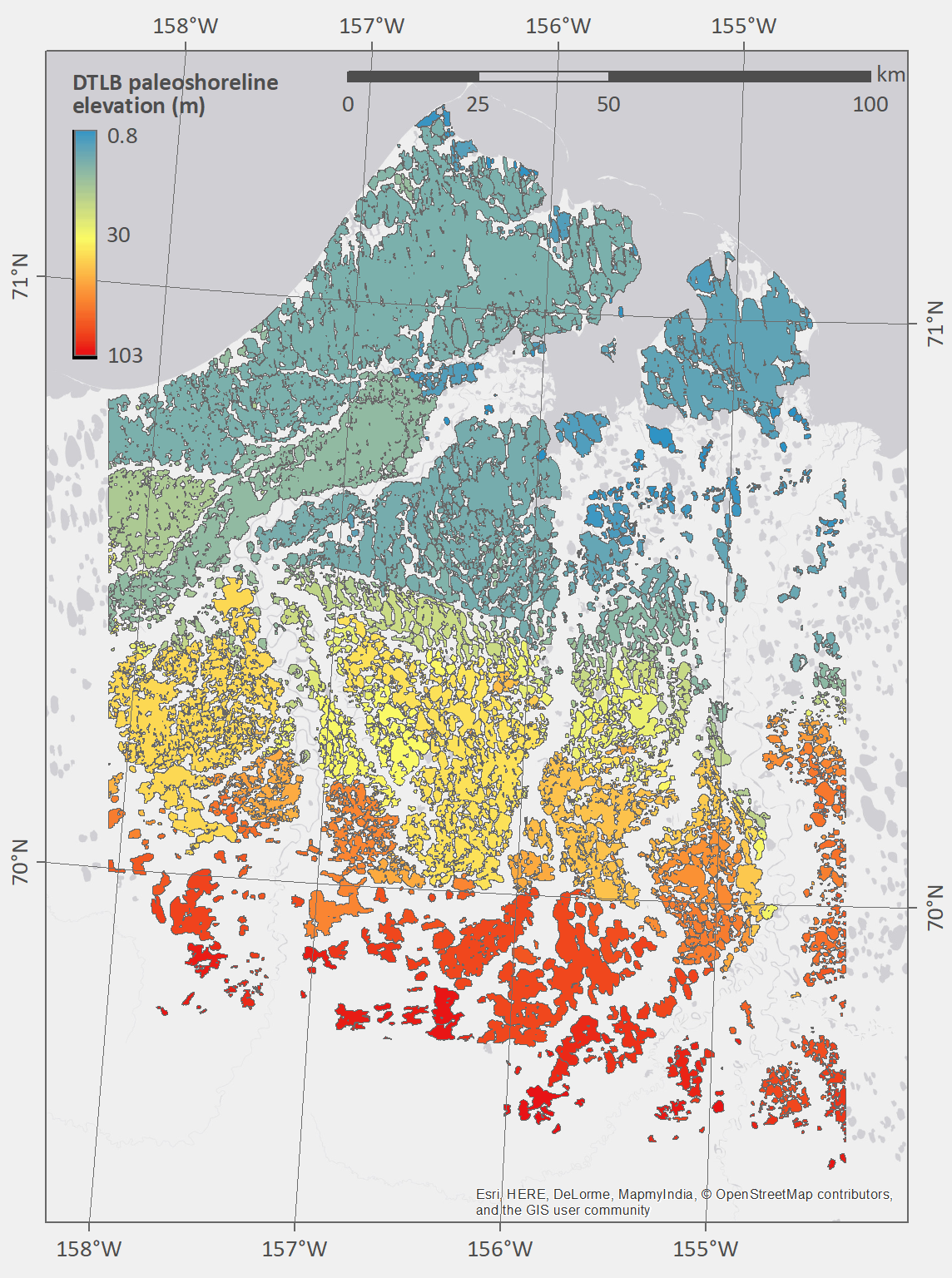 Paleoshorelines of Drained Thaw Lake Basins (DTLBs) on the Alaskan North Slope were mapped using the Interferometric Synthetic Aperture Radar Digital Elevation Model (InSAR DEM) and remote sensing imagery. A total of ~10,200 km2 of DTLBs were recovered on a ~22,000 km2 region with the complete latitudinal range of the western Arctic Coastal Plain (ACP) of Alaska.

This region extends from the Point Barrow (71deg23′N) southward to the northern end of the Arctic Foothills physiographic province (69deg30′N), and from the Beaufort Sea (154deg23′W) westward to the Chukchi Sea (158deg13′W). Shape of the region is confined by the valid spatial extent of the airborne InSAR DEM acquired by Intermap Technologies in the summers of 2002-2004.